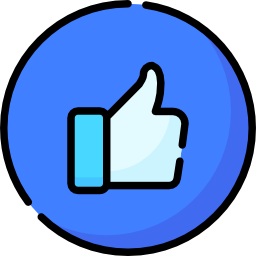 As marketers, we know and recognize the value of viva voce recommendations. Traditionally, word of mouth recommendations are made in person and are passed from one person to another. Its pace of passing on information is limited to the pace at which a person passes on the information to another, in other words, slowly. But technology - in particular the Internet and emails - has accelerated the rate in which word of mouth recommendations are passed on – information today can be virally passed on to hundreds and thousands with a simple click of a button within a short period of time.

Facebook users are not just logging on to Facebook to connect with friends. They are also logging in to find out what else is out there – according to their friends, that is. Research has shown that Facebook users between the ages of 13-34 are more likely to spend more time on social media like Facebook than on traditional media like TV, radio or newspapers for information, news, updates, reviews and discussions. They are also more likely to trust their friends’ recommendations and reviews. Since this has a direct impact on brand awareness, it therefore becomes important for us to understand how information is passed on in Facebook.

Facebook has many marketing weapons we particularly like, of which the “Like” function (pun intended) gets our two thumbs up. In Facebook, when users come across something that they like, be it a service or product, they can choose to share it with their friends by a simple click of the “Like” option. When they do so, their preferences can in turn be seen by all their friends instantly on their newsfeed page, triggering off what we describe as the multiplier “Like” effect. Some Facebook experts describe this as information going “viral”. This is the basis of a viral marketing campaign.

If numbers convince you more than our words, here’s the math to get a sense of the speed and scale at which the “Like” effect spreads in Facebook. The average Facebook user has 130 friends. On average, one “Like” recommendation can be potentially viewed by another 130 friends within seconds of its posting, and in turn can be viewed by friends’ friends, and so on. This multiplier effect of “Like” is one of the unique selling points about marketing on Facebook – no matter how you choose to interpret what users mean when they click on the “Like” button. Can you see why the “Like” function is one of our favorites?

Facebook itself also keeps a tight watch on the “Likes” of their users. The information gathered about “Likes” is undoubtedly sought after by developers, marketers and businesses the world over.

Word of mouth recommendations via Facebook keep getting better for marketers. In addition to the “Like” option, friends can post their comments or start discussions on their profile pages in response to “Likes” – such conversation starters also serve to pass information quickly from user to user. For instance, the two most discussed products on Facebook in 2010 were the iPad and the iPhone 4 – some 25 million posts, comments, reviews and Likes were recorded for these two products. In the same year, Apple surpassed Microsoft in terms of market capitalization. This is a coincidence, or the result of a deliberate marketing strategy?

Even the strongest critics of Facebook cannot deny the unsurpassed supremacy Facebook has when it comes to passing on information. We like it too – very much indeed.