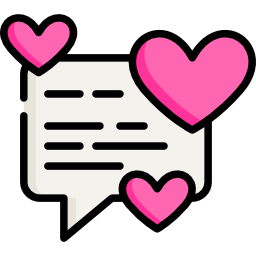 How to Boost the Number of Comments on Instagram

The number one way of increasing the numbers of comments you receive on Instagram is to comment back when somebody comments on one of your pictures. This gives double the number of comments in your feed, and not everyone looks at it that way. If someone goes back to your image and looks at the total count, it will now say one hundred, as an example, whereas it would have said fifty had you not replied with a comment for each comment. This gives the impression that everyone’s joining into the conversation.

Number two can take a little effort and will test your memory, too. If a person likes one of your pictures, it might be the last time they like a picture or even see another one of yours for a while. If you notice a person who has liked an image that you don’t recognize, you should go to their profile and like three of their pictures and leave three comments. When you do this, the law of reciprocity comes into play again, and they will be more inclined to visit and comment on another one of your images. Hopefully!!

When you make a post, you should enter something which makes use of a blank space. A good example being: “My Favorite type of pizza is …” There are many people who will respond to this comment because they want to answer the question you have asked. This will ultimately increase your number of comments. Food might not be the best example, and if you are in a specific niche, it could be something which is related to this that starts up a conversation.

When you make a post, the first comments you make are supposed to be your hashtags. The next tip adds on from this. And it’s regarding the four comments following your hashtags... these should be lines of colorful emojis. What this does is create four different comments which cover your hashtags, so no one can see which you have used, and also because: as a person is scrolling through their feed, the different colors catch their attention. This makes them pause by your picture which might lead to a comment being posted from them. I know this technique works because I use it on each and every picture I’ve posted ;)

The next tip involves a call to action. When you use these, it makes the person who is reading your post want to perform the action you state. This could merely be to post a comment (or something similar) at the end of every caption. This works, and it does work well because it’s also a significant thing on YouTube, and it reminds a person to perform the action before they click to another page.

The next tip is the use of a funny picture. If you post this, ask people to caption it, and the top three will get a shoutout. These top three you put inside your caption and then they have the chance to grow their followers too. Everyone wins! Additionally, it also adds and inspires extra conversations to your post and adds likes to your post, as well.

Next, is a reminder about creating a group with twenty or thirty like-minded people, and when you post, you’ll then need to DM them all to like your picture and to leave comments. If you all do it together, it’s a great way of increasing comments.

As a side note, Instagram’s algorithm notices this page action and gives you the chance to be seen by more people, too. While we are on this topic, there is no saying you only have to create one group, you can create as many as you think you can cope with. “The world is your oyster,” metaphorically speaking!

Next is a follow-on from the first tip. When you respond to a person’s comment, you should ask them a question, and this will encourage them to answer. Here you are increasing your comments each time. One tip here is to ask a question regarding something else which will draw others into the conversation and create a thread, and this is where you can increase your comments five-fold for each picture that you post.

Another great tip; is about using all the available characters you can within your caption. You can add something inspirational or thought-provoking which gives the viewer another reason to leave a comment. Now they have two reasons, rather than just one. Make the caption as good as you can, and they might get some benefit from what you have to say.

Lastly, tag as many people as you can in the picture. This notifies them you have posted something, and that you want them to check out the picture and leave a comment for you. It’s also a great way of informing everyone in your group, automatically, without direct messaging each one separately.